DESIGN AND FUNCTION
Model NK-FA26T detonation flame arrester is specifically designed to withstand and arrest the velocity and pressure flame fronts that may be developed in long or complex piping runs that encountered in vapor collection or tank manifold system.  Model NK-FA26T consists of a spiral wound and crimped bank element, and is also designed for easy maintenance. After removing tie rod bolts, it can be expanded by using the remaining jackscrews for element exchange. 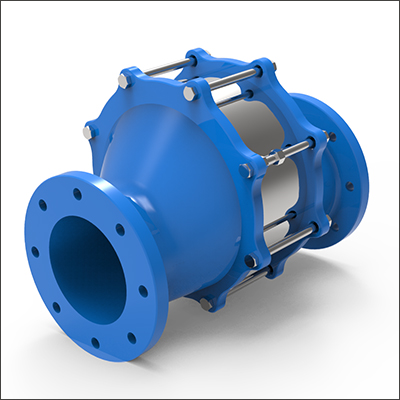 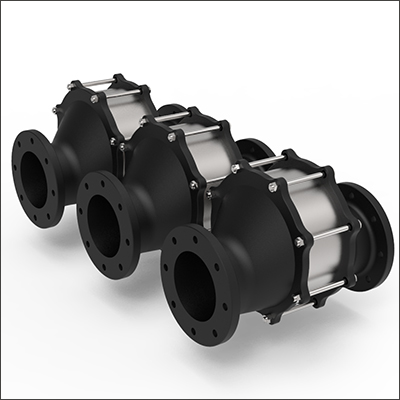 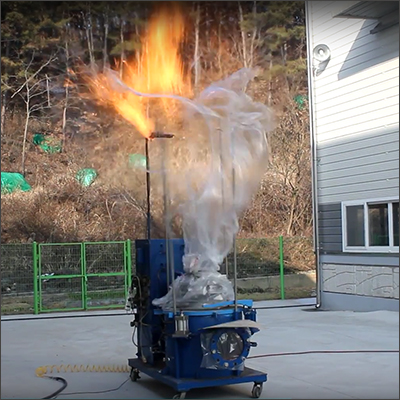 DETONATION FLAME ARRESTER
A detonation flame arrester is another safety device installed in a piping system. A detonation is defined as a flame front propagating through a flammable gas or vapor at a velocity equal to or greater than ten pipe diameters from the installation of the arrester or when there is a possible restriction in the line. NEOTECHKOREA’s Detonation flame arresters Bi-Directional and can be installed in a vertical or horizontal piping installation. The model NK-FA24T has been successfully tested and KIMM approved in accordance with BS7244 (1999) Detonation flame arrester suitable for applications where stationary flames may rest on the element. In case of an ignition of explosive mixtures within longer pipelines the flame front spreads with increasing speed towards the unburnt explosive mixtures with the effect that the flame connects to a shock wave within this long pipe.
During this propagation speeds are reached, which are higher than 3 times the value of sonic speed in unburnt gas at ambient conditions.
The explosion can very quickly turn into a detonation after a comparatively short starting path during this combustion process. This turnover point is reached, when the existing still unburnt gases are compressed to auto-ignition temperature and burn suddenly due to auto-ignition as a detonation although the proper flame front as element of ignition has not yet reached this area. The range of the turnover point is called unsteady detonation during this flame propagation speeds of about 2000 m/s occur. There are pressure shocks towards the accelerating detonation wave with short time static stress of more than 80 bar. The most important parameter for the development of accelerated flames in pipelines and especially for the change from explosions into detonation is the relation between pipe length and pipe diameter (L/D-ratio). In order to render the development of detonation possible, pipe bends and piping installations must shorten the necessary pipe length.

INSPECTION AND INSTALLATION
All NEOTECHKOREA flame arresters are bi-directional and the installation on a tank or piping system depends to a great extent on the design of the system. 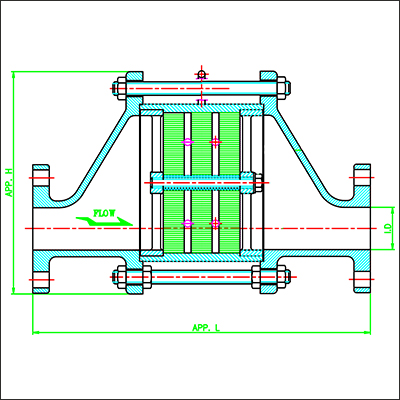